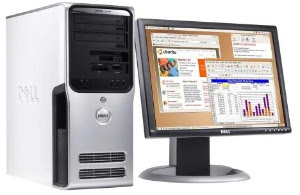 On May 24, the rumors and speculation came to an end. Dell officially unveiled its three consumer systems -- the XPS 410n and Dimension E520n desktops, and the Inspiron E1505n notebook -- that come with the Ubuntu 7.04 Linux distribution factory installed.

There was speculation for a while about if it would ever happen. This is the first time that one of the Big computer manufacturers has offered to ship their machines with Desktop Linux already installed.

Choice is always a good thing! We all benefit. See the full article for details.

Also from DesktopLinux.com:
These are Dell's Ubuntu PCs
More details about the actual machines Dell is shipping with Ubuntu Linux.