Turkish Troubles; are we on the wrong side?

More Turks are pouring into the streets, proudly showing the Turkish flag and marching in support of secular government: 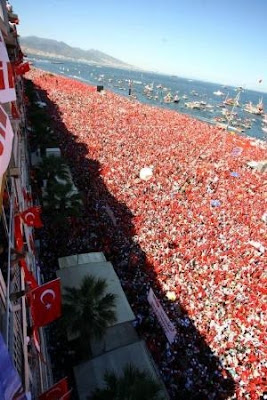 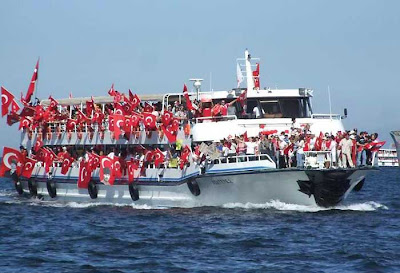 (see link above for more photos) So what are we doing? The USA supports the Islamic AKP party, which the protesters warn is trying to institute an Islamic government:

Secular-Centrist Turkish Journalist Voices Thoughts of Many Secular Turks: Americans Have Decided to Hold AKP in Their Hearts

I don't know about Americans embracing AKP; maybe the State Department does, but I suspect that most Americans don't even know much about what's going on in Turkey. 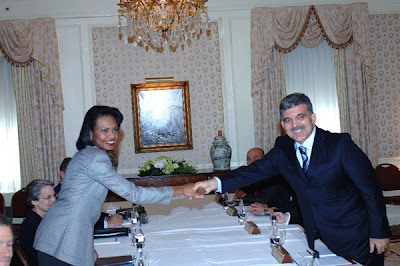 Their are claims by the opposition that the US is supporting AKP against them. It would seem that the US has reversed itself, or at least become less neutral, toward AKP. In so far as they are elected, you can't just bypass them and deal only with the oppositon. Yet should we be so enthusiastically endorsing them? They have been doing some scary things.

The AKP claims to support secularism in government, but is it true? Certainly many people in Turkey believe their secular government is threatened. Here are some of the reasons why: 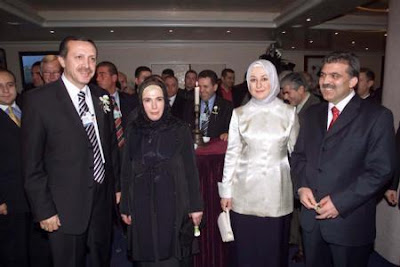 AKP party leaders with their wives, with heads fully covered
Turkish High Administrative Court, Danistay: Turkey Threatened by Reactionaryism and Fundamentalism
The highest administrative court in Turkey is reaffirming it's support of the principles and reforms of Ataturk in support of secular government, warning that any action against these principles would be defined as "irtica," that is, reactionaryism, backwardness, and fundamentalism.

The court was physically attacked by Islamists in May of last year, resulting in the death of one of it's judges.

Turkish Education Minister: Under AKP, Hundreds of Imams Were Transferred From Religious Affairs Directorate To Teach Public School
Since the AKP came to power in 2002, 836 trained imams, graduates of madrassa-style Imam Hatip schools that train imams, work as teachers in Turkey's public schools.

Opposition and secular circles in Turkey claim the AKP has been filling most public positions in Turkey with "their men".

AKP Makes Radical Changes in Turkish Constitution in the Last Weeks of Current Parliament
Here I think you have the major issue behind the protests; AKP is trying to make major changes to Turkey's form of government. It's being seen as a power grab by Islamists, circumventing protections built in to the current system to prevent tyranny by a majority.

AKP may believe that if it can get a majority of votes in parliament, it should be able to do whatever it wants. They may claim that is Democracy. But Democracy alone, without the rule of law, is nothing more than mob rule, which always self-destructs without restraints. I think the opposition parties want the restraints to remain in place, lest they get trampled.

Turkish radio is also having it's share of troubles. Some really disturbing comments being made from AKP members... what IS Rice doing? Does she have a clue? I sometimes fear she is too academic in her approach to these issues, without considering enough the reality of circumstances on the ground. I could be wrong about that. History will be the final judge.

It's worth noting that Turkey's secular opposition is not without it's blemishes either; AKP can make good arguments in it's defense, too.

Whichever party leads, I hope secularism in government is maintained.