Have a Happy Muslim Heartburn Day... 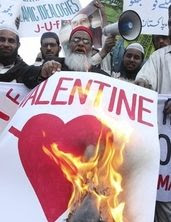 [...] Well, it’s Valentine’s Day once more–and the Religion of Perpetual Outrage is at it again. Around the world, Muslim leaders are working hard to stamp out deadly “Western values” spread by the holiday. Such as men and women hugging each other. This terrorism must be stopped! [...]

Cupid gets the point...

So much for multicultural tolerance. 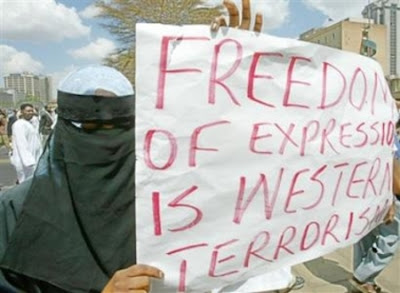 Yes, we all know that terrorism is what Valentine's Day is all about.
In reality, Muslim holidays like Ashoura are so much nicer... 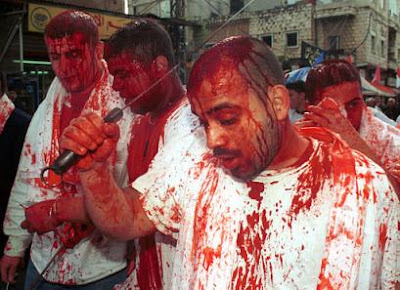 A loving tradition to pass on to your children... 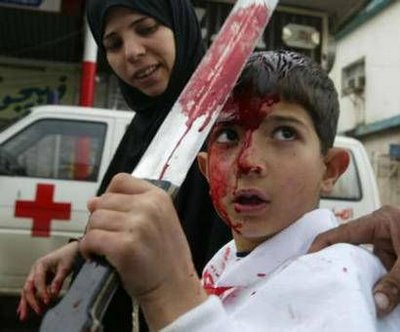 Gotta start'em young, so the grow up thinking it's normal... 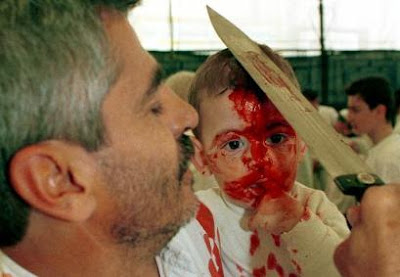 Yes, it IS real blood. Follow the link for more photos and information.
Posted by Chas at 11:50 AM

What a soul-less bunch of idiots.

But they are scalp slicers. Apparently they make cuts in their scalps, then hit the cuts with the wide side of the knives to make the cuts bleed profusely.

Apparently more middle-class Shia put tape over the area of their heart to do that, which sounds much more civilized and hygienic. This barbaric parade of bloodletting bespeaks a bloodthirstiness that most of the civilized world recognizes as obscene.

The link to the article explains more, but the thread of comments that follows it... Yikes! Quite contentious... and revealing.

What are they doing is so wrong!! Islam is not like this...

I'm sure Islam is not like that for all Muslims. But for many, it apparently is. Just how many, I couldn't say. It would be interesting to know.