This Linux distribution has caught my eye. It's based on Ubuntu, but it uses the lightweight Xfce desktop environment, which is simple and easier to run on older computers. PC/OS is also configured with starter applications and multimedia codecs, making it totally useable from the start, without any extra tweaking: 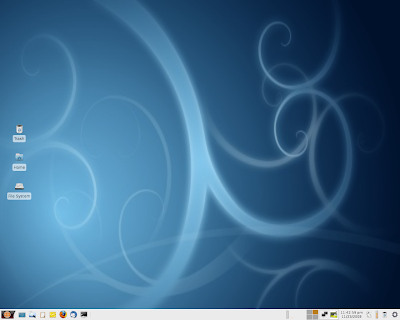 PC/OS aims to be an easy-to-use Linux distribution right out of the box. Being Ubuntu-based, it has a head start on being user-friendly, but PC/OS goes above and beyond Ubuntu's measures to ensure ease of use by having common third-party non-GPL software included in the install.

PC/OS Open Desktop lives up to its claims of being user-friendly. While it isn't perfect, somebody who is unfamiliar with computer systems could install and use it without outside help. I don't believe that you can say the same thing about the latest Windows operating system. On top of that, it also fits on one CD, unlike many distributions which have switched to DVDs in their effort to include more software. PC/OS has stripped its distribution down to programs that cover users' essential needs; its simplicity is a sound principle when designing user-friendly software.

PC/OS just plain worked for me. There were no hitches, no problems, and no additional configuration or software installation required to perform what the daily tasks of Web browsing, instant messaging, word processing, and playing multimedia. While no trouble arose for me, there are forums available for you to ask any questions you might have about the distribution. [...]

This sounds like just the thing for my eight year old computer in the farm office. I'm currently running Linux Mint with a Gnome desktop. I works fine for the most part, but occasionally I strain the system resources by opening a lot of windows. A lighter desktop might be better. Mint also offers a Xfce version, so perhaps I should it out also. But I've wanted to try out PC/OS for a while now, so I'll probably download it next week and give it a whirl. 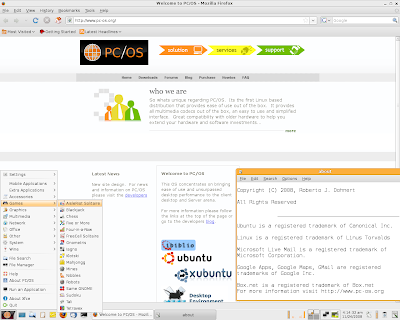 It's great to have choices.