NASA goes Back to the Future

I remember when I was a teenager, when the first American Space Shuttle was unveiled. It was kinda fat and chunky looking, but it was still a real spaceship. It was a beginning. I was sure that within my lifetime, we would eventually have spaceships like the elegant Orion Space Clipper that was featured in the movie "2001: A Space Odyssey": 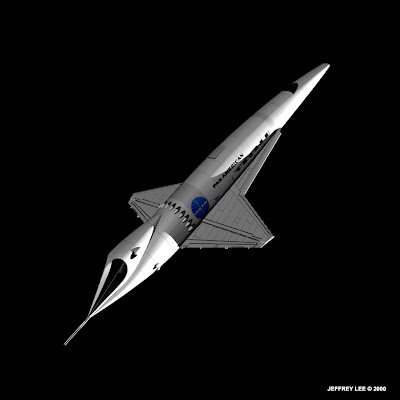 Wow. Well, here it is, 2008. NASA is going to retire our clunky space shuttle by 2010, and introduce a newer, next-generation spacecraft to replace it. Coincidentally, it's going to be called "Orion", and will be used to shuttle astronauts to and from the International space station, AND to the moon and back. That's right, we're going back to the moon, and it's scheduled to happen no later than 2020. Then, on to Mars...

Fabulous! Soon we will get to see this new Orion spaceship, which is being built right now. But we don't have to wait until it's finished to see it, NASA has already made the plans public! So here it is, the NEW Orion space shuttle: 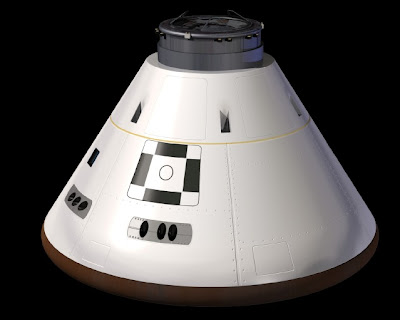 But, but... that's an APOLLO space CAPSULE, isn't it? Well, it's a similar design. It's actually 2 and 1/2 times larger than the Apollo version, it can hold up to six astronauts for shuttle missions, and four astronauts for Lunar missions. Here is a picture of the Orion with a lunar module attached: 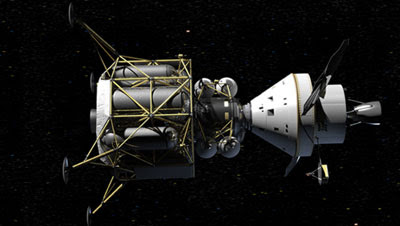 Looks familiar, doesn't it? I had trouble deciding wether to call this post "Back to the Future" or "Everything old is new again".

So what happened to our beautiful Orion Space Clipper? Why are we going back to designs from 40 years ago? There's two major reasons I can think of: cost, and safety.

These old designs are tried and true. We know they work. Update them with new technology, and they work really well. I also suspect that with new technology, they are cheaper to build than anything else. Here is a picture of the new Orion capsule with it's solar cells and antennae dish deployed: 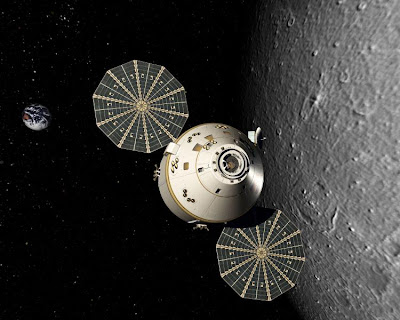 We are simply building on old technology, using what we know works, and making it better. Click here for more pics of the Orion spacecraft.

The space shuttle aircraft we've used for the past three decades are made from a more bold and ambitious design, but are also more complex and fraught with dangers. Consider the Challenger accident, the shuttle that exploded after launching; the Columbia burning up while returning to earth.

The Challenger crew could not be saved. However, with the new Orion design, the crew can be saved if the rocket explodes on the launch pad, or in the air. The capsule has a rescue rocket on top, to lift it way from danger.

The Columbia crew died when their damaged heat shield failed on reentry. The Orion capsule's heat shield is protected from damage during liftoff, and is a round shape that is easier to build and maintain.

Every time astronauts die, people call for an end to the space program. By going back to old designs and improving them, we are saving both money and lives. It's hard to argue with that. So I may not see this in my lifetime: 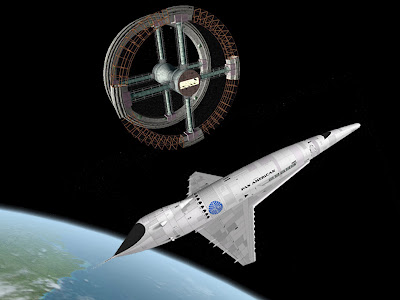 But hopefully I will see this: 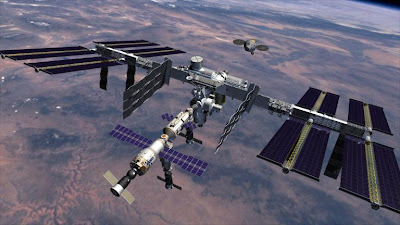 If we have to sacrifice elegant design for the safety of our astronauts and the efficiency of our space program budget, then so be it. As we learn more we can get fancier; but we need to grow into it at a natural pace. Slow but steady progress with it's attendant successes will get us where we want to go.

The new back-to-the-moon mission is called the Constellation Program. The link goes to NASA's website, where you can find out lots more details about the mission and photos of the various spacecraft being developed. I had lots of fun looking around there. If you are a space fan, be sure and check it out. 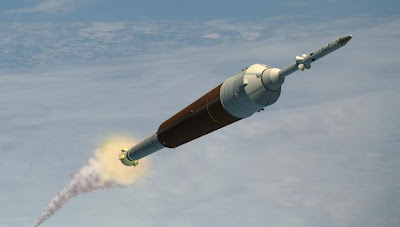 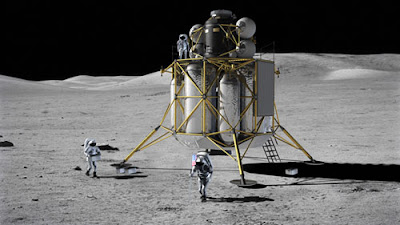 First, the moon once again. Then look out Mars, here we come...

I admire your enthusiasm but you should a little respect for our 'clumky' old space shuttle, as is still, even after all these years and all the maligning, still the most sophisticated, complex machine ever devised by man.

And if you aren't on NASA payroll, you should be because the legacy technology going into the Ares/Orion project is basically much older and clunkier than the shuttle. It works out that it is still cheaper to rod out a Model T than to design a new Thunderbird.

Again, it is good to see people taking an interest in our space program... it will need all the help it can get before it launches the first person into orbit.

By the way, can you pass me that can of oil and the crank handle?

Redoubt,
I hear ya, and I agree, the shuttle IS a marvel. I do admire it, a lot. Even if it is a bit... "chunky", it's still beautiful, and I will miss it when it's no longer used.

With the Orion capsule, I think we have little choice. The Challenger deaths were devastating, and when the Columbia crew burned up on re-entry... the public just won't tolerate it, and of course we all want to keep our astronauts safe, so that's become an increased priority.

This is the resulting compromise. Because the Orion plan is both cheaper AND safer, it's muted a lot of the critics calling for an end to our manned space program.

I'm hoping eventually NASA (and/or private enterprise) will come up with a new, improved shuttle design with an escape option for the astronauts.

If you were serious, you'd realize that, physics being what it is, the design of the Apollo and Orion configurations is a beautiful example of form following function. You want an improved shuttle? Why? Why carry all of the unnecessary infrastructure of a winged, gliding reentry vehicle to orbit? Because it's cool? It is. It's a nifty idea, but a flawed one. Unfortunately, as long as we're stuck with chemical propellants, shuttle-like launch systems are just plain inefficient and poor design for the task at hand. And clunky.

Who says I'm not serious? I essentially agree with you.

Without wanting to directly offend anyone working at Nasa I must still say that I am deeply frustrated and disappointed with the progress of the space exploration program since the 1980s. In my opinion the innovative spirit of the 1960s and 70s seems to have vanished since the retirement of real innovators like Wernher von Braun.

How come that a private, vastly lower funded project like Burt Rutan's Spaceship One can outpace Nasa by miles in terms of novel innovative design? Why does it take Nasa decades to basically replicate the task of landing on the moon, which has been already performed 40 years ago? What is it that slowed apparent progress at Nasa so much down? Is it the lack of funding, courage, ideas? Even the most recent achievements of unmanned space probes don't look that amazing when you consider that Nasa was already able in the 70's to land the Viking probes on Mars and send the Voyager probes into deep space.
It appears that since the disappearance of competition from the USSR also the drive for real leaps in development got lost.
The situation in the space program reminds me a lot of the Human Genome Project. The publicly funded project took years and years and only really took up speed once it had competition from the privately funded project from Craig Venter's Celera.

Like in many other fields also in space exploration lack of competition equals lack of progress. Maybe a Mars X-price would be able to speed up the process of landing humans on Mars? Maybe competition will come soon from China? I sincerely do hope so! Then we might still be alive when that actually happens.

Once the goal of reaching the moon was achieved, I think the public got bored with it. It was expensive, and after the Apollo 13 fiasco, many people said "Why bother doing this anymore, we need the money for other things".

I would like to see private enterprise become more involved in space travel and exploration, it would spur competition and create jobs.