Women's rights in Iran; the right to be a penguin 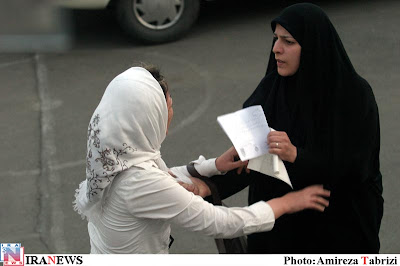 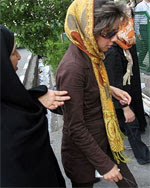 What... these women look like hookers? Not by our standards, but according to the Mullahs, a woman must cover her head at all times and may not wear makeup or do anything to display her femininity in public. So I guess if you're a woman and don't look like a penguin, it's immoral.

According to the link above, religious authorities are stressing the need for dealing with the violations of the Islamic dress code, and for "increasing the moral security in Iran."

It wasn't always like that. Here is a photo from a university in Tehran, cira 1976:

It looks like a modern university campus like you would see anywhere in the west. All that changed after the 1979 revolution, and the public face of women in Iran tends to look more like this: 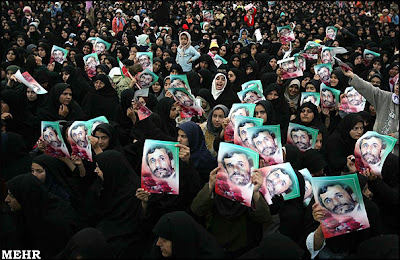 A penguin rally in support of a personality cult.

I think these recent arrests and trials are just another part of a wider, general crackdown that the government has been making on it's citizens, that is continuing to expand.


Earlier this month, leaders in Iran's women's movement were jailed. The theocratic government continues to tighten it's grip. 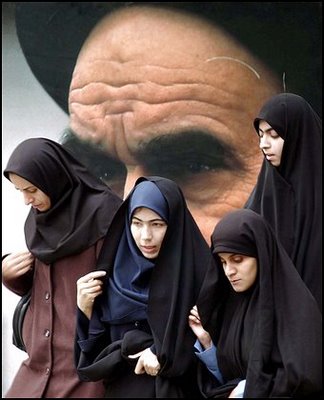 UPDATE 04/30/07:It's not just women, but men and even mannequins that the police are cracking down on.

A cry for help from Iran

I'd make a joke about the fashion police, but the reality is pretty serious. Violators can receive lashes, fines and imprisonment. I heard of one case -this was just after the 1979 revolution- where a woman was reported to the police by a neighbor for swimming in a bikini in her backyard swimming pool. She was sentenced to 60 lashes. Thats a lot of lashes. She DIED before all the lashes were completed.

Is it any wonder this woman is screaming so much as the police take her away?

Almost All the Leaders of Iran's Women's Movement Arrested
The women are rounded up, and silence of Western liberals is damning...

Women and the death penalty in modern Iran
What the revolution has done for women and girls...

Women in the Imperial Iranian Air Force
Before the 1979 revolution...

A few facts about women in Iran
From Farah Pahlavi, the Shah's wife (near the bottom of her web page)

Its unfathomable, and yet liberals who are all for feminism want to hear Hitler Jr. out when he has things to say. Never mind all his human rights abuses and how women are treated like objects.

Once again Bravo to you for staying on top of all this stuff!!

I'm amazed at the excuse making and convoluted thinking that liberals do to defend a sharia-law regime. It seems that their anti-Americanism is more important to them than their liberal values.