Travails of the Persian Pussy

Our homeless Persian refugee is still with us. It's still sleeping a lot. On Sunday it came outside in the sun for a while: 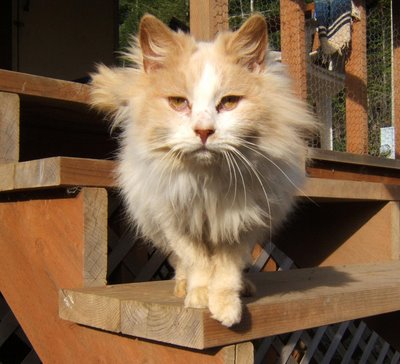 I think it is starting to relax a little as it realizes it's now safe; I suspect it hasn't felt that way in a long time. 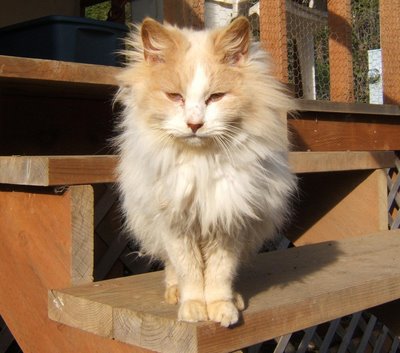 We had a little setback. Right after taking these pictures, I left it outside alone with the dogs; they seemed to get along ok, but when I came out again, they had chased it up a tree.

I locked the dogs in their pen, and left the cat to come down on it's own. It disappeared for a while, but came back later that evening. Our dogs don't bother the other cats, so I'll have to supervise them for a while till they get used to each other. 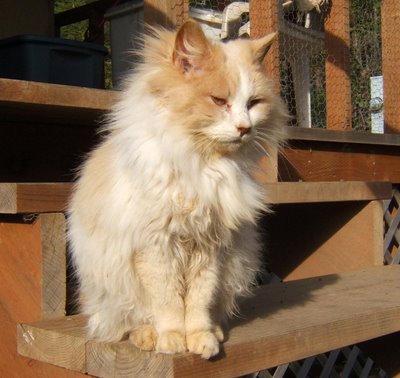